Arvada, CO . . . .Wanco, a leading manufacturer of highway safety and traffic control products located at 5870 Tennyson Street in southeast Arvada, had a problem. Established in 1984 and employing over 200 people, the highly successful company had outgrown its facility. Unfortunately, they couldn’t expand, as their property abutted the Hyland Hills Parks and Recreation District (Hyland Hills).

The City of Arvada had a problem.  Wanco is one of the largest employers in the community and the City was at risk of losing this valuable economic partner.

Hyland Hills had a problem—86 acres of undeveloped property that was on a long-term plan for Clear Creek Valley Regional Park, but with limited funding identified that would enable the project to move forward quickly.

Sometimes, looking at a problem in a different way can create an unexpected solution that results in a win for everyone involved.  And that is exactly what happened with a unique agreement among the three entities:

--Wanco got the land it needed to expand.
--The City of Arvada retained an important business.
--Hyland Hills has commitments for $1.25 million dollars to develop a community park long desired by the community.

If ever the saying ‘it’s a win win win solution’ applied, this is it.  “Everyone was able to get a piece,” stated Arvada Mayor Marc Williams, “completing a whole puzzle that worked for all involved.”

Wanco purchased the five acres it needed to expand from Hyland Hills at the appraised value of $400,000.  The company contributed another $350,000 towards the Hyland Hills park project and the City of Arvada  pledged $500,000.  The Adams County Commissioners supported the project by approving the land sale and recommitting funds from the sale back to Hyland Hills for the park’s development.

Wanco is a primary employer—a business which brings new wealth into the community because it exports goods and services.  The expansion made possible by the new five acres is “a shot in the arm for us,” stated Wanco Facility Manager Gene Baumgartner.  “We are currently busting at the seams, and have had to turn down business due to space constraints.”  A new building will be constructed, adding 100,000 square feet to the company’s existing 165,000 square foot facility.  Wanco expects to hire at least 75 additional employees after the expansion is completed.

In the meantime, plans are moving forward for Clear Creek Valley Park, an 81-acre regional park located directly north of I-76 between Tennyson and Lowell Boulevards.

“It’s a fabulous property and a much-needed amenity in this part of the Hyland Hills District,” states Yvonne Fischbach, the District’s Executive Director.

A portion of the land will remain open space, with about 30% being developed with a large playing field, picnic pavilions, destination playground, and walking paths.  Adams County Open Space Fund is credited as being an ongoing partner in the project as well and has contributed significant funding. It is hoped that the park will open in 2016.

Some 3,300 Arvada residents live within the Hyland Pills Park and Recreation District.  The completion of Clear Creek Valley Regional Park will provide access for these and other southeast Arvada residents with access to a regional park.  Indeed, in consideration of the funds contributed by the City of Arvada, Hyland Hills revised the park master plan to provide greater access into the park from Tennyson Street on the Arvada border. 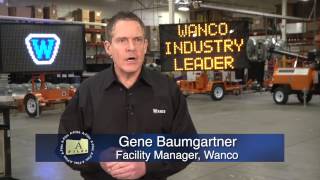