(Arvada, CO) –  Local governments are changing the way they manage, with a growing emphasis on including citizen input in their decision-making processes. The Arvada City Council is excited to embark on that journey with Arvadans by inviting them to SPEAK UP, ARVADA!

Speak Up Arvada is an online engagement platform designed to allow community input on a range of topics/projects that will help shape the future of Arvada. The initial goal for Speak Up Arvada is to help craft a shared vision which will feed directly into the City Council’s Strategic Planning process. Site visitors can write their vision of what they would like Arvada to be in 2028, pin a map identifying the places they love, and take a number of short surveys. Following this “visioning” phase, Speak Up Arvada will evolve into a tool where residents can voice their opinions on topics ranging from public art to median landscaping to proposed developments.

Data collected from the site will be analyzed and shared with the public.

In order to reach as many residents as possible during the initial visioning phase, eight Community Connectors (Arvada residents) were hired on a temporary basis to meet people where they live, work, and play.

So log on to SpeakUp.Arvada.org and start telling us what you think!

Look for our eight Community Connectors out and about in the community encouraging you to Speak Up Arvada! 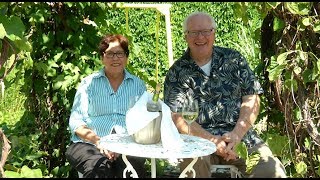